Find this article at:
go.ncsu.edu/readext?677027
— Written By Hannah Bundy

We all know that healthy garden plants start with healthy soil. There are plenty of ways to build your soil, one of which is through the addition of cover crops into your garden rotations. Cover crops are those crops that are added into your garden system when you have a gap between food crops and are usually not harvested, as their purpose is to improve the soil rather than to be harvested for food.

There are plenty of options for plants to use as cover crops depending on what goals you have. For instance, if you are planning on having a summer crop of tomatoes, you can plant something in the cooler months that adds nitrogen to the soil in order to have more available for your tomatoes and reduce the need for fertilizers. 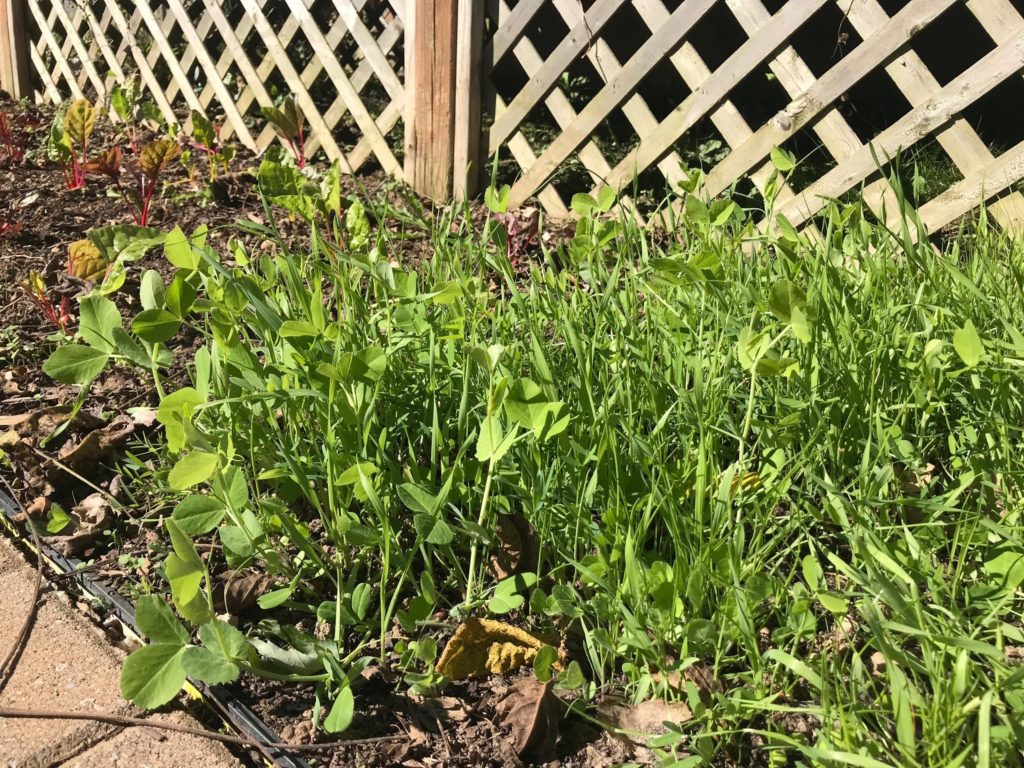 Farmers have been using cover crops for a good long while, and I have been curious about how they would work on a home-scale so I started a little experiment this past fall in my own home garden. I seeded a “fall mix” that had about five different species in it, including a grass and a legume (Austrian Winter Peas), in early October, and I allowed it to grow throughout the entire winter. Even with frosts and light snows here in western North Carolina, my cover crop continued to grow throughout the entire winter season until I killed it off at the start of spring.


I only seeded the mix in a small section of my garden so that I could see a comparison between the cover cropped area and the soil that I left bare through the winter. In early April, I came back through and looked under the roots of the cover crop mix. The root zone was full of activity and I found some wonderfully healthy earthworms that I did not find at the same depth in my bare soil section. I have since cut the cover crops off at the base and covered them with a layer of cardboard and compost, allowing the microbes and invertebrates to continue to break them down. By summer, I will be able to plant into that area with reduced weed pressure and a rich and active soil ecosystem. 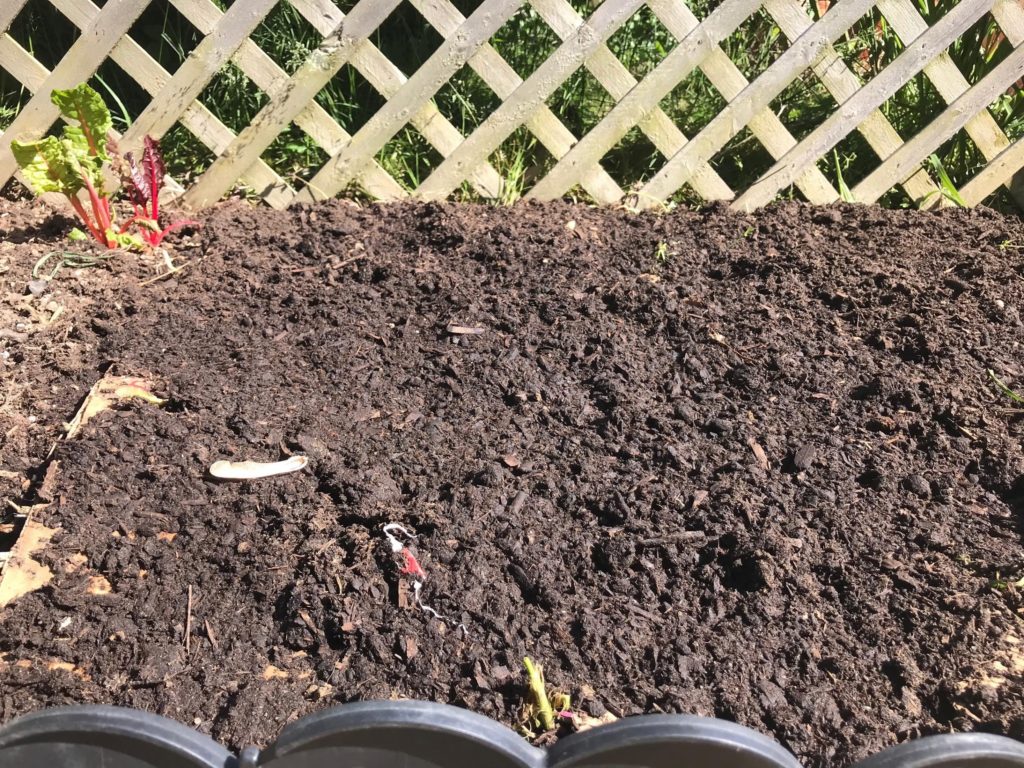 Compost and cardboard smother the cover crops to promote decomposition in preparation for later planting. Photo by Hannah Bundy CC BY 3.0

The crops that I used are known for nitrogen-fixing and adding biomass to the soil, which translates to more nitrogen for plant growth and organic matter to feed the soil microbiome. Since I knew that I wanted to use my garden space for summer crops, I chose to plant a cool-season cover crop so this process would be complete by the time that I wanted to have food crops in that area this summer. There are cover crops for all parts of the year in most places but plan ahead to correctly time planting and termination.

Some of the benefits of cover crops include giving your soil a bit of a rest from food production while keeping it covered to prevent erosion or crusting of the surface. If you have an area of the garden that you have used for a while, especially with one specific type of vegetable or vegetable family, planting a cover crop that is in a different family can help break up pest and disease cycles as well as provide biomass for the soil and needed nutrients that can be cycled back into the soil. There are some systems that use cover crops perennially as a ground cover to continue reaping their benefits and prevent weeds.

Some cover crops are easier to kill than others, so take that into consideration when developing a cropping plan. From my own experience, I think that this is a great way to build your soil at home and it seems to transfer well to smaller spaces. If you need help in determining what the best cover crops are for you and your garden space ask your local county Extension Agent and they can help you determine what you can grow based on your soil’s specific needs.

We also have a few other email lists you can subscribe to.